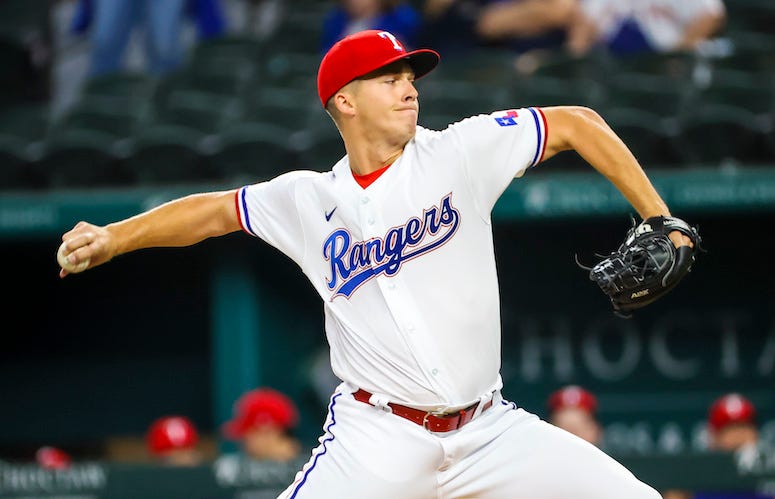 When Rangers pitcher Glenn Otto was a first grader at Haude Elementary in Klein ISD, he told his teacher that he wanted to be a baseball player when he grew up.

Otto grew up in Houston, went to Concordia Lutheran High School student and Rice University, and came to the Rangers in the trade with the Yankee for Joey Gallo.

And because the city of Houston loves him so much, Otto is actually helping the Rangers poach fans from the Astros!

He's doing what? We spoke to the father of Glenn Otto Jr. who admits his son is putting some Houstonians in a sticky situation with their rooting interests. https://t.co/lpkdKLKPE8

Otto's first start as a Ranger was actually against the Astros! Otto Sr. explained his feelings saying "I've always had a few butterflies watching him go out there on the mound and especially in stressful situations, but this is like a whole different level. The first game against the Astros, I really thought it was going to be sick."