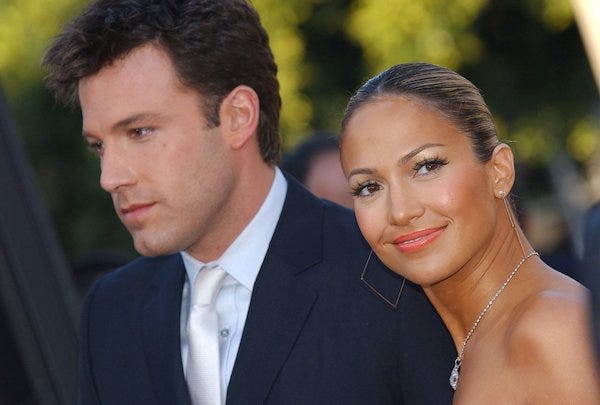 It was at the height of Bennifer 1.0 when Jennifer Lopez and Ben Affleck starred in the 2003 movie Giglitogether.  If you remember, it was critically panned and often regarded as one of the worst movies ever made.

That hasn’t stopped Lopez’s hopes of a potential sequel, though.

In the Vogue video series “73 Questions,” Lopez was asked what project she would love to make a sequel to, to which she responded, with a smile, “Gigli.”

Gigli, a crime comedy, starred Affleck as “Larry Gigli,” who is hired to kidnap someone, and Lopez playing “Ricki,” is tasked with accompanying Larry to ensure he gets the job done.

The movie has a 6% score on Rotten Tomatoes, and the describes the movie as “Bizarre and clumsily plotted, Gigli is a mess. As for its stars, Affleck and Lopez lack chemistry.”