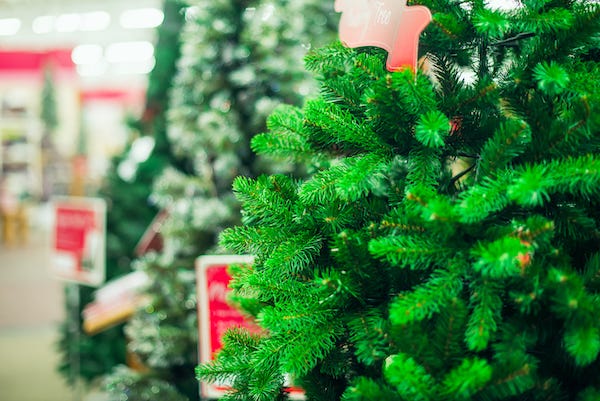 Normally, a fresh-cut natural Christmas tree graces the Grand Arcade at Convention Hall on Asbury Park’s historic boardwalk. But not this year.

And Jersey Shore residents are angry.

"It looks like an Amazon package," Anthony Solimando, a former resident of nearby Neptune City told the Associated Press of the city's cardboard Christmas tree which has replaced the natural tree.

Asbury Park resident Amy Mackey added, "Not a fan. Asbury has conformed into this artsy town, but tradition is tradition! This is art, and I wouldn’t take my child’s picture in front of this tree. Can’t we just have our traditional tree?"

Board with decorations: It's been called beautiful, awesome and brilliant. But It also has been called ridiculous, ugly and hideous. Opinions are flying about a cardboard Christmas tree display on the boardwalk of a Jersey Shore town. https://t.co/LZB7iZcqS2

But why a fake tree?

The city approached Madison Marquette, the private owner and manager of the Asbury Park boardwalk, about creating a Christmas tree sculpture for Convention Hall in order to honor local artists.

Austin Leopold, the boardwalk’s property manager, said, "Because the boardwalk is a focal point for Asbury Park’s thriving arts and music community, and because we have a long-standing and very strong relationship with top-name local artists, when presented with the concept for the sculpture, we passionately embraced the idea."

The piece, which was designed by an artist named "Porkchop," uses natural and artificial lighting to cast shadows on parts of the tree while illuminating others so that its appearance changes throughout the day.

Porkchop, whose real name is Michael Lavallee, said he didn't mean to take anything away from Jersey Shore's residents. He said, "I was asked to come in and do something festive-ish. It wasn’t my intention to take away anyone’s Christmas tree. If you’re not going to give people the big tree they want, some of them are going to hate it. I understand that. But they weren’t going to get that traditional Christmas tree anyway."

Not everyone is upset, though.

The city plans on holding a traditional outdoor tree lighting in a park this upcoming Friday.