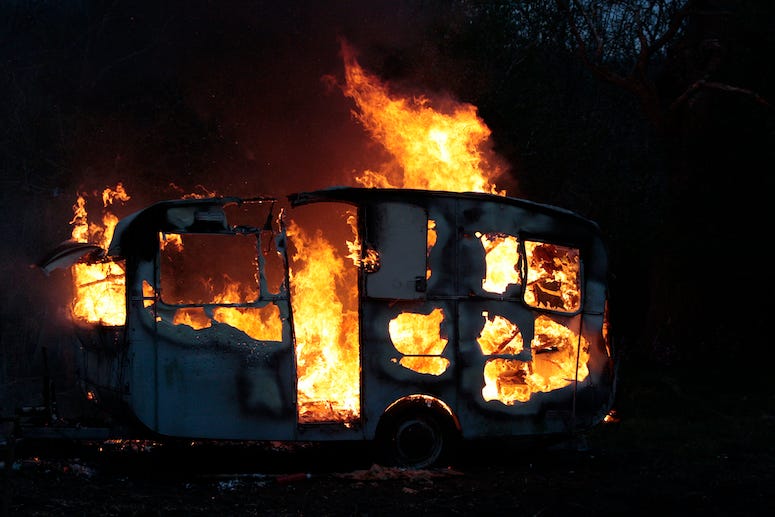 A Benton County, Washington received quite the shock when he went to check under his trailer Sunday morning and found a family of raccoons nestled under his mobile home.

So the gentleman did what any responsible homeowner would, and tried to scare them away. Unfortunately, in doing so he accidentally knocked over a CANDLE, and ended up completely burning his mobile home down!

Though nobody was hurt during the incident, the man's trailer was completely destroyed.

Deputies responded to the area of W Evans early this morning to a fully engulfed trailer. We contacted a 38 year old...

The investigation has been sent to the prosecutor's office for review.