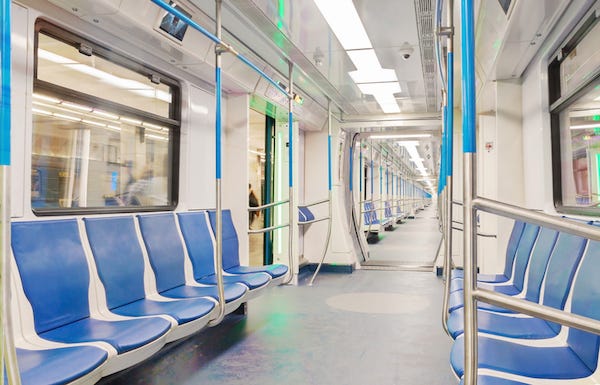 A man traveling by train thought he hit paydirt when he found a completely empty car, all for himself.

That is until another gentleman hopped onto the train, and decided to pick a seat right NEXT to him.

Let us remind you, that this car was completely EMPTY.  They are the only two on board.

The man writes in a post on Reddit that ss soon as the other gentleman sat down, “I said to him, 'why did you sit next to me? There's so many other seats everywhere on the street car it's just a little strange.’

“He said, 'well do you own this seat? Is this your seat? I can sit wherever I want, you're being unreasonable here.’”

Is he being unreasonable, though?  If the ENTIRE train is empty, with almost 30 available seats as the man wrote in his post, it’s probably reasonable to expect some privacy.  BUT, it was on a public train, where folks are entitled to whatever seat they want.

The man ended up moving seats to get away from the second gentleman, and all of Reddit has supported him in his decision.

One person wrote, “That's intrinsically a super weird thing to do.”  Another added, “This is 100 [percent] not proper train etiquette.  And the only reason why this guy got pissed off is because you called him out on his creepy f**king behavior.  You absolutely did the right thing.”

Newsweek has reached out to the Original Poster for comment.