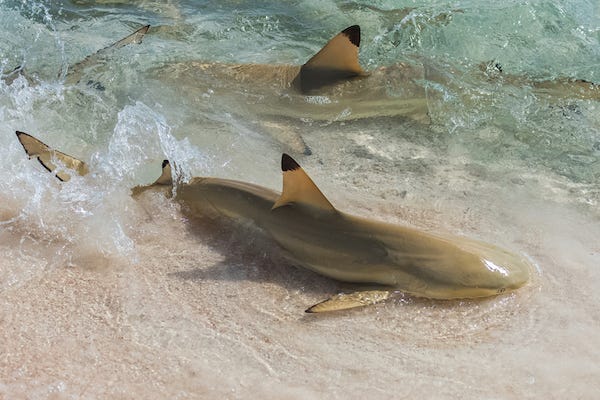 There’s still plenty of summer left, so you might be fancying a weekend trip to the beach.

For those who visit Smith Point Beach on Fire Island off the shore of Island, be on the lookout…for sharks.

A man was recently filmed grappling a shark that washed near the shore of the beach as if he was Stone Cold Steve Austin.

In the video, the man can be seen standing in the shallows of the water before he pulls a gray tail toward the surface.  A woman can be heard exclaiming in the background, “Holy s–t” as other people gather around to watch everything go down.

The man has obviously received some criticism for his antics.

Per the New York Post, on person wrote, “Any reason why they pull that shark out of the water? Isn’t it [in its own] habitat?”

Another added, “Kind of wish the shark had bit this guy. Leave the animals alone!”