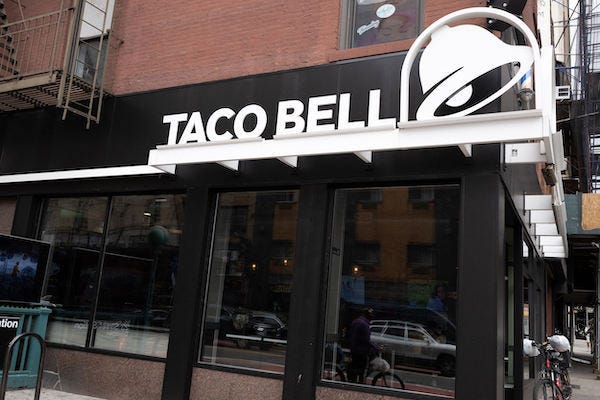 About a year into the pandemic, California man Chris Sandberg decided to get serious about his weight.

He also felt his weight loss journey would be an excellent chance to make a statement to one of his favorite restaurants.

Sandberg desperately wants Taco Bell to bring back the Grilled Stuft Nacho, and he vowed to work out every single day until they did.

He held true to that challenge every day for some 480 days, and has lost an amazing 87 pounds in the process!  All in the name of Taco Bell!

Sandberg documented the entire process on TikTok, and grew quite the following from invested viewers watching his weight loss journey.

He told Fox News, “Because it’s TikTok, you can’t just lose the weight, you have to turn it into a challenge.  I didn’t want the journey to be about a number on a scale.  I wanted it to be fun and maybe the goal was something that I wanted.  And for some reason, the first thing that popped into my head was the Grilled Stuft Nacho, and I just ran with it.”

Taco Bell describes the Grilled Stuft Nacho as “a flour tortilla, shaped like a nacho, stuffed with beef, cheesy jalapeno sauce, sour cream and crunchy red strips.”  Unfortunately, they discontinued the item in 2015, and Sandberg misses it every single day.

He says, “It was the best thing I ever had at Taco Bell.  And then I had it every day for a week. I just haven’t let it go.”