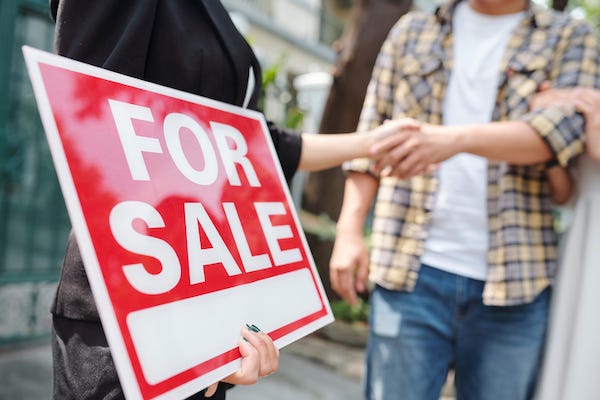 When Robbie McMillen’s wife Sarah went away for the weekend on a girl’s trip, he decided to have a little fun at her expense.

Ever the prankster, Robbie posted his wife “for sale” online, alongside a list of pros and cons for “purchasing” her.

Some of the pros Robbie noted included “above average condition for year” with “great headlights,” though he did complain of a “small intermittent whine that’s got a lot worse in the lash month.”

Robbie, a 38-year-old father-of-two, said that he was also open to “offers” or “swaps,” even suggesting actress Jennifer Aniston!

However, Robbie said that though he received a “few offers, unfortunately she’s now off the market.”

Sarah admitted that her husband may have been missing her a little while she was away, saying per the New York Post, “He’s very cheeky. When I spotted the post I just laughed because he does things like that all the time, he’s a bit of a prankster.”

She concluded, “We’ve been together for ages and the secret to our relationship is that we’re always talking and laughing, we’re just best friends.”