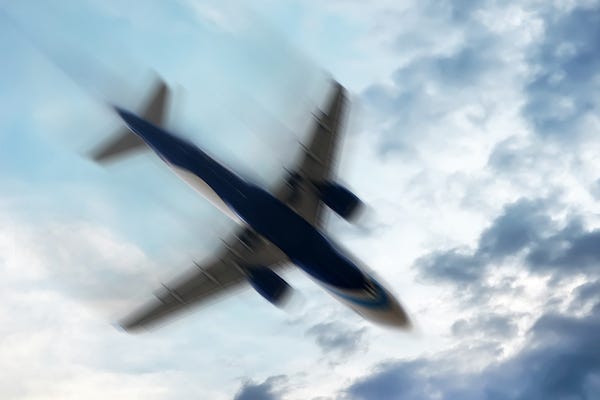 Trevor Jacob is a former Olympian and YouTuber currently under investigation by the Federal Aviation Administration for a recent crash involving his plane.

Apparently, the FAA is accusing Jacob of intentionally crashing his plane for the sole purpose of creating a video that would go viral online.

Trevor barely missed out on bronze at the Winter Olympics in 2014, and now he runs a popular YouTube channel, and a website called Adventured.com.

Last November, he was flying solo from the California coast to Mammoth, when halfway through, he bailed with a parachute in the middle of nowhere, resulting with the plane hitting a mountain.

He had multiple cameras set up on the plane, catching the aircraft from multiple angles.

He immediately began receiving accusations that he intentionally caused the whole event though because many pointed out that pilots don't usually wear parachutes while flying.

PLUS, he'd just bought the plane, which was in "disrepair." And he told the seller he was planning to, quote, "do something special" with it, but didn't elaborate.

Many also pointed out that November 24th, the day the crash occurred, was the 50th anniversary of D.B. Cooper, the man who hijacked a plane in 1971, collected $200,000 in ransom, and parachuted out over Washington state to never be seen again.

If Trevor did in fact intentionally cause the crash, he could be looking at hefty jail time, though the FAA might take a while to weigh in.