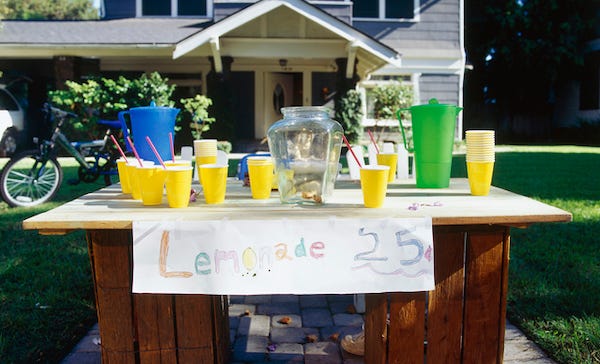 An 11-year-old named Jeremy from Everett, Washington just trying to get his business up and running when he was greeted with the fact that some people in the world are just rotten human beings.

The 11-year-old told FOX 13 in Seattle he was trying to raise funds to “expand his business” and “donate to Ukraine” when he came face-to-face with a scammer, and a fake $100 bill.

Jeremy set up his stand on Beverly Boulevard and along with lemonade was selling sweets like cotton candy and soda, and popcorn.  At one point, a customer came up with a huge order.

Jeremy said, “They got so much stuff and gave me a fake hundred-dollar bill for a lot of stuff like worth $20.”

The customer handed him a $100, and Jeremy gave him back $80 in change.  However, he felt that something was off with the bill.

Jeremy noticed that the texture of the bill “didn’t feel good,” so he took it to a nearby gas station with suspicions that were unfortunately confirmed.

"Nope, not real," he said, shaking his head. "Very disappointed and very sad."

Police officers released an image of the scammer while he was at Jeremy’s lemonade stand, hoping to receive any information regarding his identity.

Everett police said in a statement, “While our detectives work hard to bring closure to every case, this case struck a particular chord with them, and they want to do everything they can to get justice for Jeremy and catch this counterfeiter.”

Jeremy said the incident taught him to take only small bills and check them closer, and as for a message for the counterfeiter: "Stop scamming kids.”