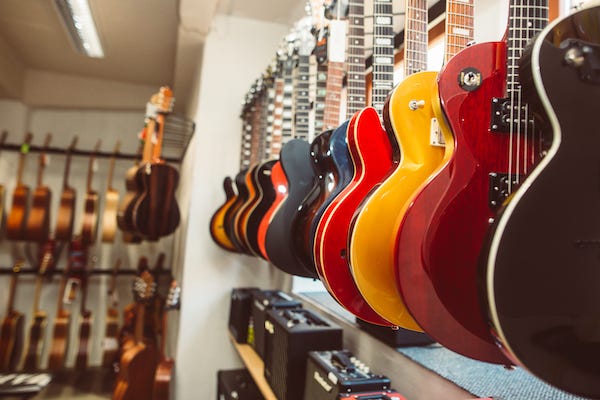 Police in Toronto are looking for a man who stole an $8,000 guitar from a music shop last month.

The culprit was able to lift the Gibson Custom Shop 60th Anniversary ’59 Les Paul Standard...by stuffing it down his pants and walking right out the door.

Security footage showed the individual wrestling the guitar into his pants, exiting the shop, and hopping into a waiting getaway car. The shop didn't even discover the theft until a week later, at which point a police report was filed.

Per CTV News, the investigation is currently ongoing, and police are asking anyone with information to contact them or Crime Stoppers.