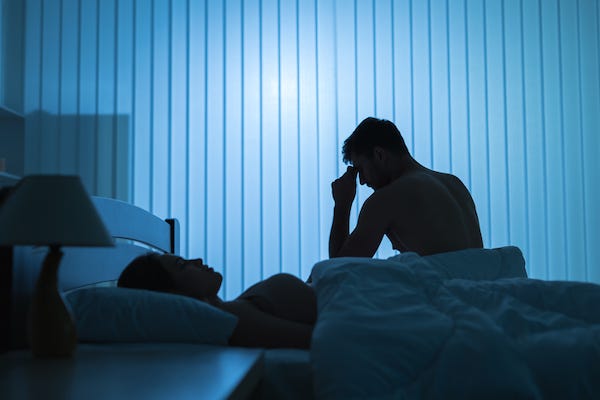 Whether it’s really good or really bad, apparently codeword can cause amnesia in some men.

A distressed man in Ireland had to be rushed to the emergency room after doctors called “Transient Global Amnesia,” which they believe was caused after he had sex with his wife.

According to the New York Post, the man lost his short-term memory “within 10 minutes of sexual intercourse.”

After engaging in the act, the man checked the date on his phone and “became distressed that he had forgotten his wedding anniversary the day before.”  However, the man had actually celebrated the special occasion the previous evening, but had absolutely no recollection of it!

According to the Irish Medical Journal, the man “repetitively questioned his wife and daughter over the events of that morning and the previous day.”

Believe it or not, the man previously had an episode of suffering back in 2015, with that incident also occurring shortly after sexual intercourse. He later regained his short-term memory.

Recognizing he was likely suffering from it again, he went to a local emergency room, where a neurological examination came back “completely normal.” Once again, his memory again returned a short time later.