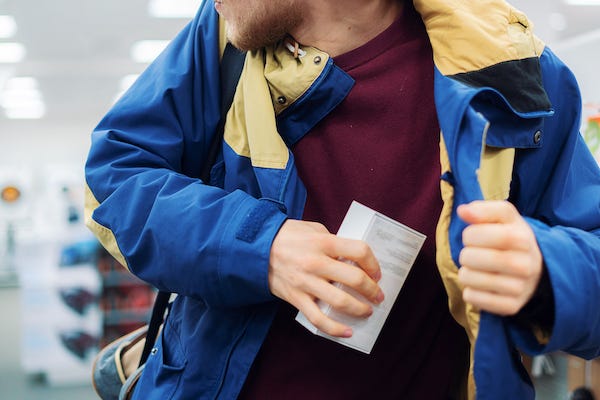 A couple of weeks ago, a masked man in Jersey City, New Jersey robbed a small neighborhood market that's run by a 77-year-old man and his wife. He made off with $10 worth of cigars.

Five days later, the same masked man robs the place again, this time getting away with $20.

And the next day, the guy came back to the store AGAIN, stealing $180 this time!

In addition, in the first two robberies, the man assaulted the 77-year-old owner, and in the third he roughed up the owner's wife.

After robbing the store three times in six days, the man thought "why not a fourth?" Only this time, the police were there waiting for him. When the robber attempted to jump behind the counter, an off-duty cop sprang into action and arrested him.

34-year-old Travis Nealey was arrested, and according to Nj.com, is now facing charges of four counts of strong-armed robbery and one count of resisting arrest. He also appeared to be under the influence of drugs.