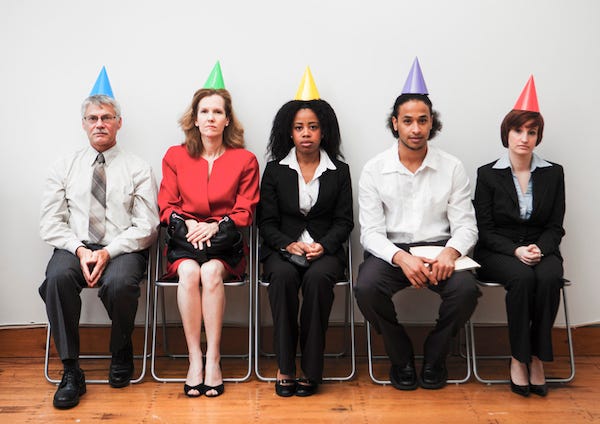 A man in France only known as “Mr T” was recently fired from his job at a consultancy firm after “refusing to participate in after-work drinks and team-building activities.”

However, a French court has recently ruled that is not a proper reason for one to lose their job, and companies cannot fire their employees for failing to be sufficiently “fun.”

Mr T joined Cubik Partners in February 2011 and was promoted in 2014, but was in March 2015 for "professional incompetence,” what Business Insider says was, specifically, “his refusal to adhere to the company's ‘fun’ values.”

Cubik Partners also said Mr T was “difficult to work with and a poor listener.”

According to the Court of Cassation, Cubik Partners’ "fun" values included regular obligatory social events that culminated in "excessive alcoholism encouraged by colleagues who made very large quantities of alcohol available," along with "practices pushed by colleagues involving promiscuity, bullying, and incitement to various excesses."

Mr T wanted nothing to do with these practices and refused to participate.

Earlier this month, the court ruled that because Mr T's lack of participation in the company's "fun" values and "critical behavior" were reasons cited for his firing, he had been wrongfully terminated by Cubik Partners.

Further, the court also ruled that Mr T was exercising his "freedom of expression" by refusing to participate in the company's social activities, and that performing this "fundamental freedom" could not be used as a reason for dismissal.

Mr T previously demanded 461,406 euros (about $479,000) in damages, but that was previously rejected by the Paris Court of Appeal in 2021.  This recent ruling, however, partially overturned that judgement.

The court ordered Cubik Partners to pay Mr T 3,000 euros (a little over $3,100), and will examine his demands for damages at a later stage.