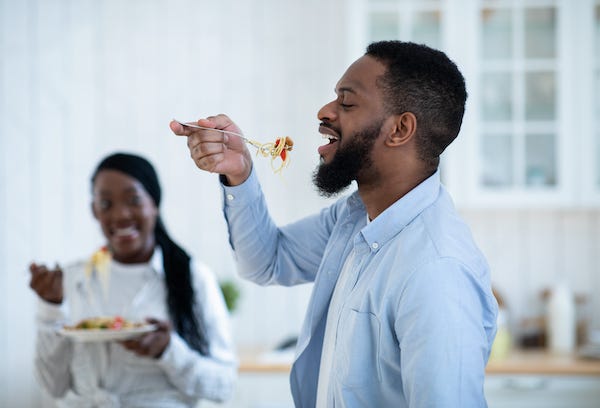 We've always heard that the way to a man's heart is through his stomach and apparently, it's true!

A poll of 3,000 Americans found that 75% of all adults truly believe that if you want to win a man's heart, good food will win him over.

Though this just doesn't apply to men!

75% of men, and 70% of women surveyed said that good food would absolutely win them over, more than half admit good food can improve their mood, and 48% said some of their most treasured memories revolve around food and eating.

Foodie poll: Way to the heart really is through the stomach for 3 in 4 Americans - Study Finds https://t.co/OcSzmV9weM #Foodie #News

The survey, via Study Finds, also found that 61% of people like feeding others because it brings them happiness!