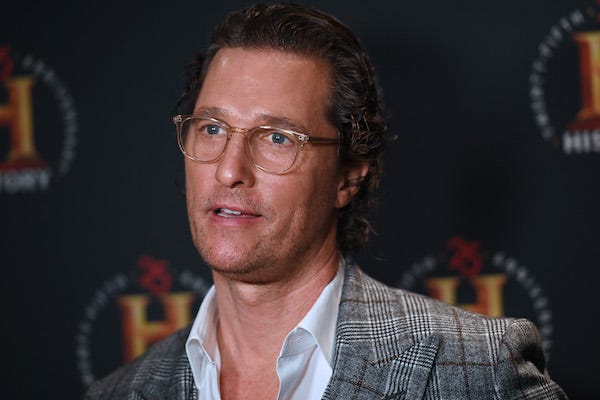 Actor Matthew McConaughey has been teasing the idea of a potential gubernatorial run, and yesterday he made his final decision regarding his political aspirations.

McConaughey announced in a video posted on Instagram that he will NOT be running for governor this upcoming election!

Per WFAA, McConaughey says he's learned "quite a lot" after studying the laws and politics of the Lone Star State.

The Oscar winner said, "[I've learned] That we have some problems we need to fix; That our politics needs a new purpose; That we have divides that need heeling; That we need more trust in our lives," he shared. "That we need to start shining a light on our shared values, the ones that cross party lines. The ones that build bridges instead of burn them."

Instead of running for any political office, McConaughey says he plans to "continue to work and invest the bounty I have by supporting entrepreneurs, businesses and foundations that I believe are leaders. Establishments that I believe are creating pathways for people to succeed in life. And organizations that have a mission to serve and build trust, while also generating prosperity."