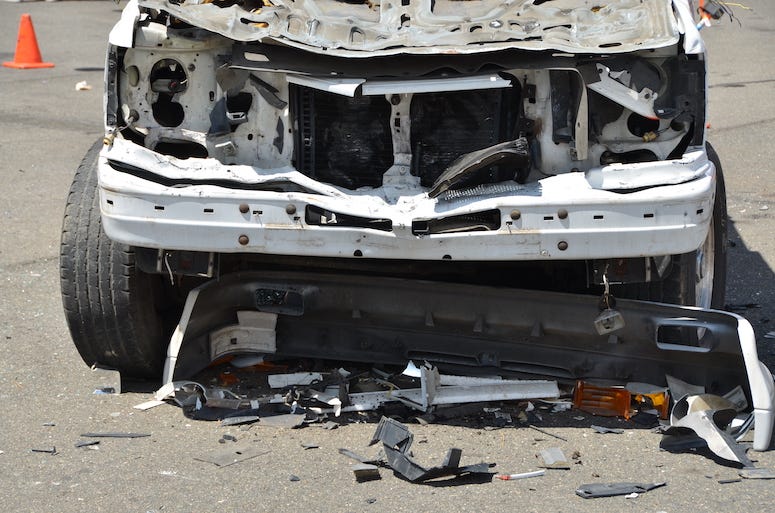 Totaled truck on the road Photo credit Getty Images
By Miles In The Morning, 98.7 KLUV

Trey McDaniel believes his Toyota FJ Cruiser saved his life. He was involved in the massive crash in Fort Worth a couple of weeks ago that killed six, and though his truck was totaled, and escaped the wreckage.

McDaniel documented his experience in a post on Reddit, where he describes seeing the semi-truck barreling towards him, which proceeded to flip his vehicle onto I-35W . As soon as he was safe enough, McDaniel, a MedStar Paramedic sprung into action and joined in other first responders in treating other victims of the crash before they could be transferred to hospitals.

Toyota of Grapevine got word of McDaniel's post and his heroism, and decided to reward him.

Toyota gifted him a brand new 2021 4Runner TRD Pro as a token of their appreciation. The company told McDaniel, "We’re just glad you’re safe and inspired that you chose to help others in need. We’re happy you’re part of the Toyota family. So, don’t worry about replacing your vehicle – it would be an honor for us to get you a new one!"

A post shared by The Dallas Morning News (@dallasnews)

In a statement to The Dallas Morning News, Toyota said it was "grateful for the emergency crews that arrived at the crash scene to assist the victims."