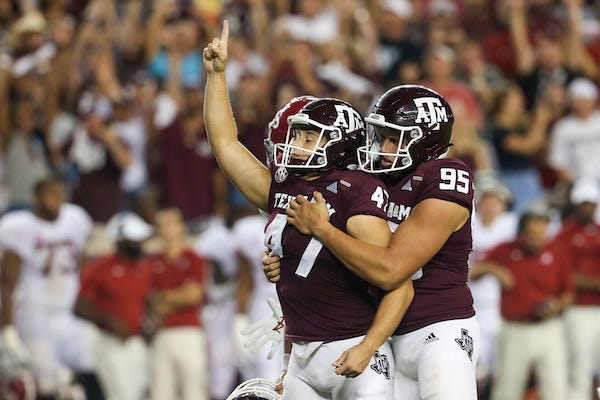 Last Saturday, the Texas A&M Aggies shocked the world by upsetting #1 Alabama on a last second field goal to win the game.

Aggies across the world were tuned into the game, and that includes Effrage Davis, a meteorologist who works for WQAD in Illinois.

The game was winding down in the middle of the news broadcast, and Davis couldn't help but keep an eye on the action on the field while trying to deliver her weather report.

When A&M won on the last second field goal, she could hardly contain her excitement.

There should be a rule that you don't forecast during a tied 4th quarter TAMU vs BAMA game 👍 can you tell when we won? pic.twitter.com/JQCCnzxmix

Texas A&M responded to Davis' tweet saying, "Sounds like you have your priorities in order, Gig 'em, Effrage!"