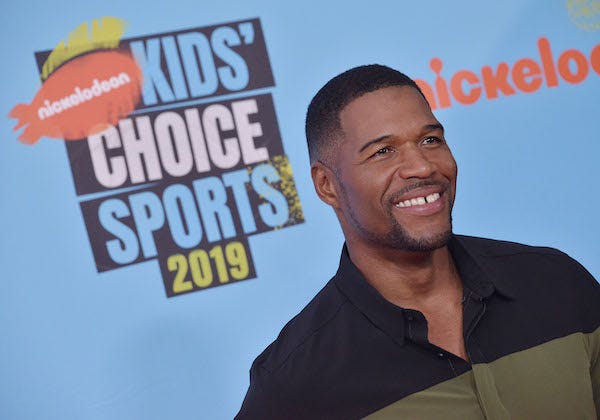 Michael Strahan is the latest celebrity who will venture out into the final frontier when he travels to space aboard Jeff Bezos' Blue Origin on December 9.

Unlike previous travelers though, Strahan may bring a special piece of equipment along for the ride. You know, in case of an emergency.

While appearing on The Tonight Show with Jimmy Fallon, Strahan joked that he might wear a diaper for his space flight, as he is absolutely terrified of going into space!

After witnessing the first landing of the Blue Origin in person, though, Strahan was encouraged to get over his fears and schedule his own trip into outer space.

Strahan said, "It was the most amazing thing I've seen outside of childbirth, and it made you emotional to see it. It completely changed my mind about why, if I would want to do it, the reasoning behind it, why other people want to do it," he explained. "Then I, pretty much, a few months later or so, got a call saying, 'Do you want to go up?'"