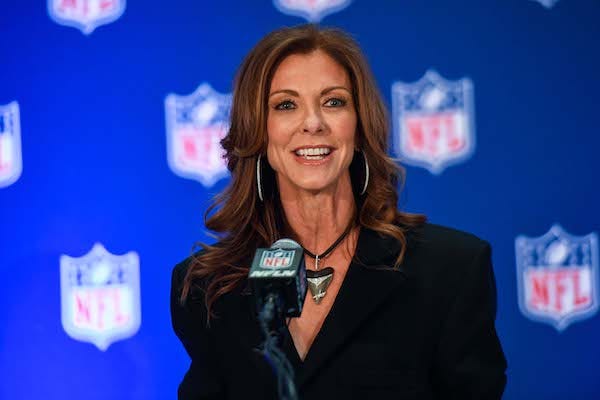 This Sunday, your Dallas Cowboys take on the San Francisco 49ers in a Wild Card playoff game that reinvigorates one of the NFL's longstanding and most treasured rivalries.

Of course, Miles in the Morning is amped for the game, and wanted to get an expert's opinion on the 'Boys upcoming matchup, and who better to hear from than the Cowboys' Executive Vice President and Chief Brand Officer Charlotte Jones?!

From the beginning of the Jones' ownership of the Cowboys, to the stories playoff rivalry between the Cowboys and 49ers, to what meant more to Jones, a Cowboys Super Bowl win or the Highland Park state championship a couple of years ago, it was incredible getting to talk to Charlotte about America's Team!

And if you're going to the game on Sunday, don't forget to wear your white!