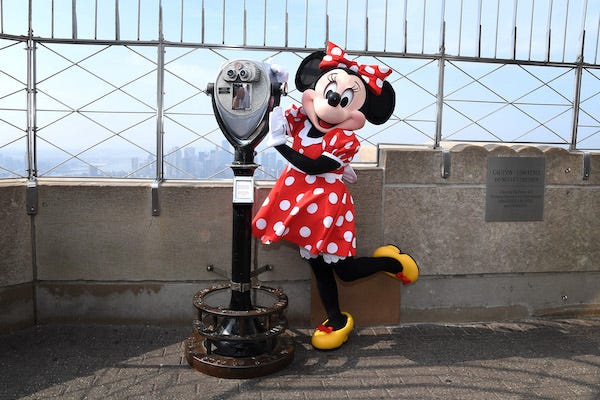 Minnie Mouse is about to get a whole new wardrobe!

Disneyland Paris just announced that Minnie Mouse will be trading in her iconic red dress for a custom, blue pantsuit designed by none other than Stella McCartney, daughter of the legendary Paul McCartney.

McCartney said in a statement, "I am delighted to be working with the one, the only, the iconic Minnie Mouse. Minnie has always had a special place in my heart. We share the same values. What I love about Minnie is the fact that she embodies happiness, self-expression, authenticity and that she inspires people of all ages around the world. Plus, she has such great style."

Minnie won't be getting rid of her dresses, completely.

Disneyland Paris released a video highlighting new costumes for both Mickey and Minnie, in celebration of the park’s 30th anniversary.

Disneyland Paris opened on April 12, 1992, and has since had more than 375 million visitors, according to Fox News.