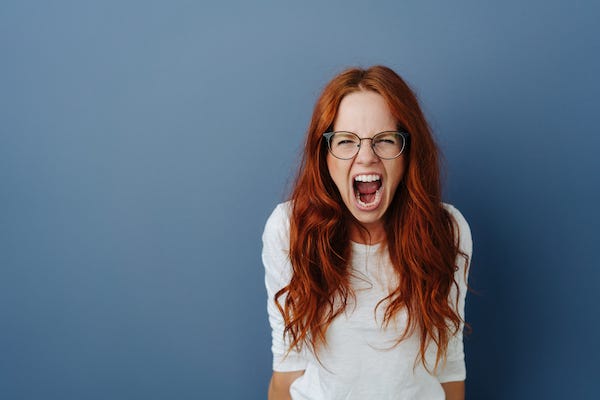 We're not sure there is anybody who isn't sick of the pandemic, and we've all learned to cope with the ongoing "new normal" in different ways.

Sarah Harmon, a mother from Boston, for instance, has found peace in screaming.

Following the cancellation of her kids' in-person school attendance, Harmon invited area moms to participate in a primal scream on the high school's football field.

The invitation went viral, and the "small" event Harmon planned was actually attended by The Boston Globe and Boston’s NPR news station, and it was featured in The New York Times and The Atlantic.

Dr. Pooja Lakshmin is not surprised so many moms gathered to let out their primal screams.

She said, "When a woman sees that a group of mothers has given voice to the deepest feelings and thoughts that she's been holding inside for the past two years, of course she wants to scream it from the rooftops."