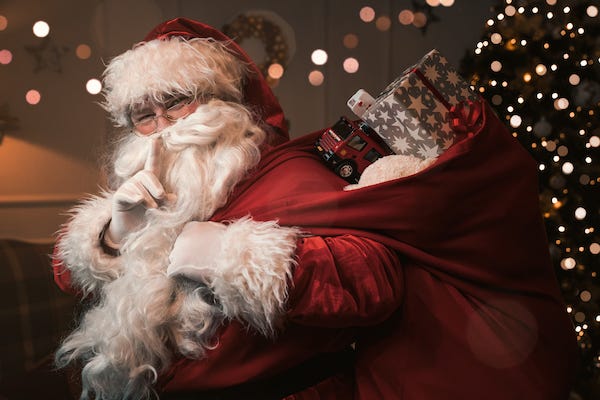 Like a lot of folks, Rachel Cameron is struggling just to make ends meet.

She says she’s constantly paying her bills in a risky “bill roulette” while trying to take care of her four children.

Unfortunately, with Christmas right around the corner, Cameron doesn’t know if she and her husband will be able to afford any presents for their children, which is why she’s struggling with the decision right now to potentially reveal a very big secret.

Cameron called it a “cost of living crisis” on TikTok, and that it’s getting to the point where she and her husband want to tell their kids the “truth” about Santa, to explain why there won’t be a ton of gifts this Christmastime.

The 30-year-old Cameron said per the  New York Post, “I just want to make my kids happy. I don’t want them to feel embarrassed and as a parent you’ll do anything. I’m always thinking of ways.

“It’s horrific leading up to Christmas, it makes me physically ill. My daughter has her birthday just before Christmas as well so I’m essentially Christmas shopping for four and birthday shopping as well which then feels like I’m shopping for five.”

Cameron responded to comments saying she should go back to work explaining that the cost of daycare for their four children would be too expensive.  She added, “If people lived my life, I’d love them to tell me where you can fit a job in?”

She says that not even coupons and thrifty shopping could make her season bright and if anything, she’d need a “Christmas miracle.”

“I know I’m not the only one in this situation, and I know there are people who are in worse positions, but I wouldn’t wish this on my worst enemy,” she said. “If no one speaks out, nothing will change and people will feel alone.”