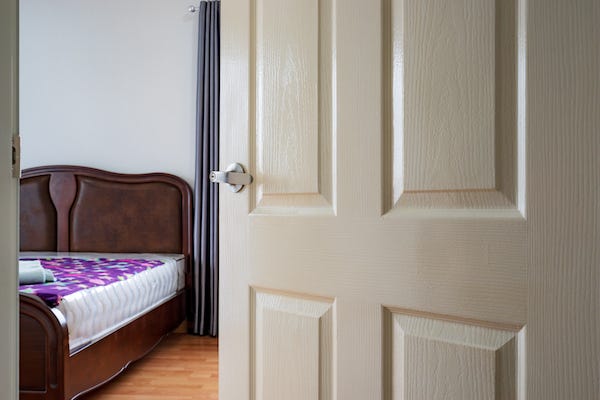 The Lincoln Tunnel Motel in North Bergen, New Jersey has been in Brian Arya's family for years in fact, Arya began working the night shift there in 2012 which led to his father gifting him partial ownership five years ago.

Arya ended up growing quite the following highlighting the motel on TikTok, and has used his fame for something good: an opportunity to help those less fortunate than most.

Brian told CBS News of his initial idea, "One day I was thinking how interesting it would be if we just gave a free night stay to anyone who followed us on TikTok, and around that time the pandemic happened."

"People started getting quarantined, lockdowns starting happening, and then we started seeing an influx of unhoused people. You know, they just couldn't afford rent anymore. And so, they'd come to our motel. And that just snowballed from there."

Guests would donate money to pay for rooms for those who couldn't afford their own. Students from a local university would donate food from their school's food pantry. Brian's Amazon Wish List for the motel was completely bought out, and an anonymous person dropped off some 20 care packages to hand out to whoever needed them.

So far, Brian says he's given away 50 to 60 free rooms so far, about half of which are guests who came after losing their homes at the start of the pandemic. And they're still there. "There's definitely a community there," he said. "Some of them are locals who have lived at the motel for a long time now ... we all got to know each other."