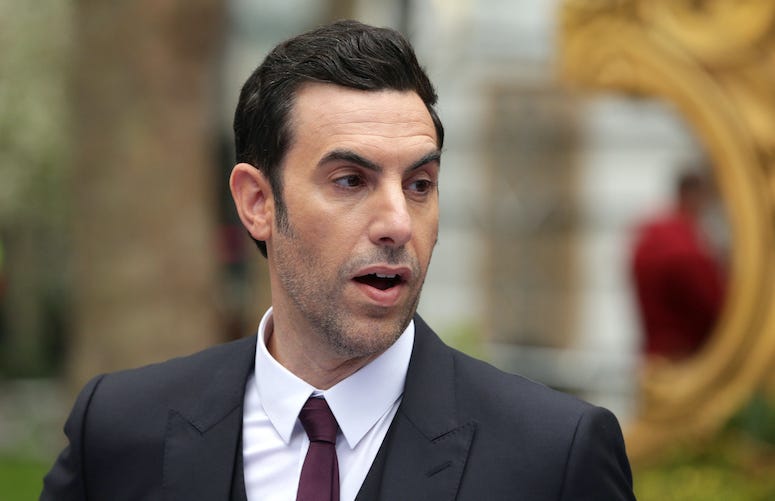 Today, the sequel to the popular 2006 film Borat: Cultural Learnings of America for Make Benefit Glorious Nation of Kazakhstan is available on Amazon Prime.

This movie, Borat Subsequent Moviefilm: Delivery of Prodigious Bribe to American Regime for Make Benefit Once Glorious Nation of Kazakhstan, is much the same as the first, with actor Sacha Baron Cohen playing Borat Sagdiyev, a journalist from Kazakhstan, as he roams around the United States pranking unsuspecting folks.

Well for this venture, Borat actually made his way to Arlington!

Mauricio Galante owns the Golf Center of Arlington. and was contacted last September about a movie potentially filming at his driving range. The crew rented out the driving range for five hours, and Galante signed a confidentially agreement to not say a thing about what he saw, but he was ecstatic about a new Borat movie being filmed at his business. He said, "I love the movie. [Borat] is hilarious; he’s such a joker."

We Love Arlington’s @golfcenterofarlingtontx will be on the big screen this week in the new @sachabaroncohen film Borat...

Galante is now planning to impersonate the man himself all this weekend, in honor of the movie's release. His wife bought him the outfit, mustache included, and he'll be hanging around the driving range quoting the movie and taking photos with whoever stops by. He says, "We need to celebrate every little thing that happens to us. Especially the funny ones."