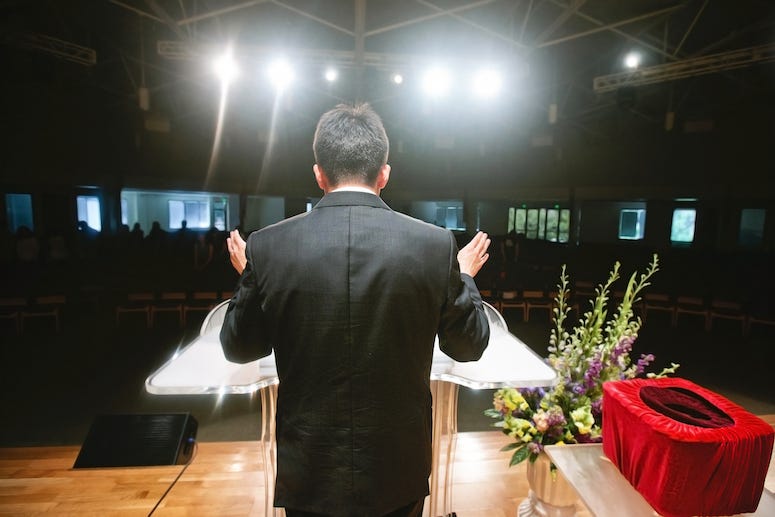 Stewart-Allen Clark is a pastor at the First General Baptist Church in Walden, Missouri, though he is currently not preaching at the moment. He was temporarily put on leave after video of one of his sermons went absolutely viral.

And unfortunately for Clark, it went viral for ALL of the wrong reasons.

In his 22-minute sermon, Clark advocated for the women in his congregation to "lose weight" and stay fit in order to make themselves more "sexually available" to their husbands. He also said women should do their part to look less "butch."

The pride and joy of Missouri, Pastor Stewart Allen Clark, letting women know that we can't all be trophy wives, but should still aspire to get a participation trophy. And not even trying to be hot is unacceptable! pic.twitter.com/BGBEjDCQzu

After the video's spread, Clark was put on leave by the church, who released a statement that read, "sermon included comments that are not consistent with the positions and values of General Baptists," according to Fox News.

The statement continued saying, "General Baptists believe that every woman was created in the image of God, and they should be valued for that reason. Furthermore, we believe that all individuals regardless of any other factors are so loved by God that Christ died for them."

Clark's full 22-minute sermon can be viewed below.

On this lovely Sunday morning I spent my time getting ready listening to a head pastor in Malden who so nonchalantly...