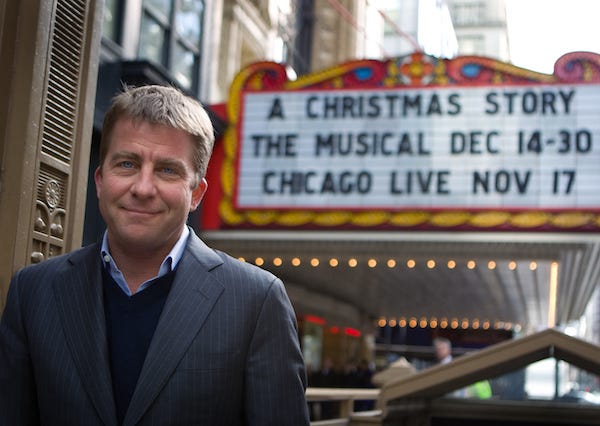 Peter Billingsley stands beneath the marquee of the Chicago Theater Photo credit MCT
By Miles In The Morning, Jeff Miles, Rebekah Black, and Alex Luckey, 98.7 KLUV

One of the most beloved Christmas movies of all time is getting resurrected.

Peter Billingsley is set to return as "Ralphie," the main character from the 1983 classic A Christmas Story in a sequel to the film set to air on HBO Max.

According to MovieWeb, the sequel will take place in the 1970s, and follow Ralphie as he returns to his old house on Cleveland St. to "deliver his kids a magical Christmas like the one he had growing up."

Peter Billingsley will be back as an older Ralphie in an official sequel to the classic holiday hit A Christmas Story.https://t.co/76BnSsneM6

There has been no word on other plot details or potential casting choices as of yet.