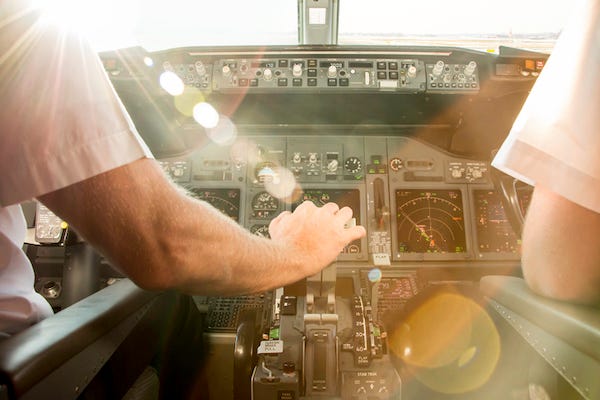 A recent Southwest Airlines flight to Cabo San Lucas got off to a bit of a rocky start after the pilot threatened to “pull back” and guide the plane back towards the gate if the passengers didn’t get their behavior under control.

And what were they doing exactly?  AirDropping nudie pics to each other.

AirDropping, of course, is a method iPhone users to communicate wirelessly and send messages and pictures through WiFi.

One of these pictures, a nude picture mind you, ended up being sent to the pilot’s phone before takeoff, and he wasn’t having any of it.

“Whatever that AirDrop thing is — quit sending naked pictures. Let’s get yourself to Cabo.”

Southwest Pilot threatens to turn entire plane around after a passenger airdrop him a naked picture pic.twitter.com/JNpNhq1UXX

The passenger who took the video, Taylor Marsalis did not immediately respond to a request for comment Wednesday, but she did say per NBC News that she "thought the pilot handled the situation 'perfectly.'"

A spokesperson for Southwest Airlines wrote in a statement that: "The safety, security and wellbeing of Customers and Employees is the Southwest Team’s highest priority at all times. When made aware of a potential problem, our Employees address issues to support the comfort of those traveling with us."