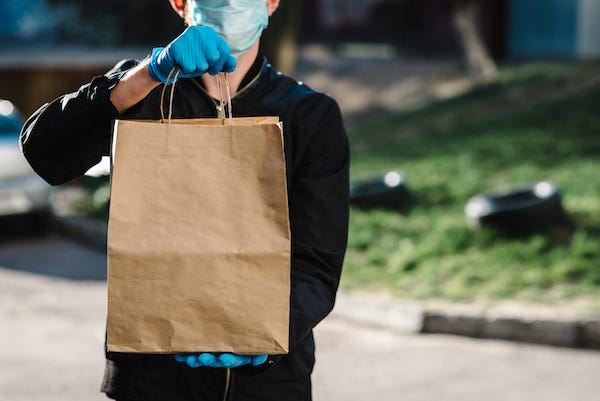 When a police officer shows up to your front door unexpectedly, it'd be appropriate to assume something terrible is about to unfold.

But that wasn't the case for Anastasia Elsinger, who was only being delivered her lunch.

Elsinger had ordered Arby's for delivery, and somewhere along the way her driver was pulled over and subsequently arrested for a couple of outstanding warrants.

The arresting officer, however, took it upon himself to make sure her order was delivered.

Yep. That’s me😅 Huge thank you to the officer for going above and beyond. The Arby’s was delicious😋

Officer Martin isn't "one to talk, doesn’t really like publicity" according to his sister Paige who spoke with Keloland News, but she was excited the world got to see a different side of the police force. "I’m sure he’s not really liking all the publicity right now but, I mean, cops like him deserve to be recognized because it’s the small things that matter, she said.

In his morning briefing, officer Sam Clemens addressed the situation saying, "This isn’t normal by any stretch. It’s not like we have officers that are out delivering food but the little things like this, going above and beyond, helping people out. That’s the things that we do. And probably more often than people realize."