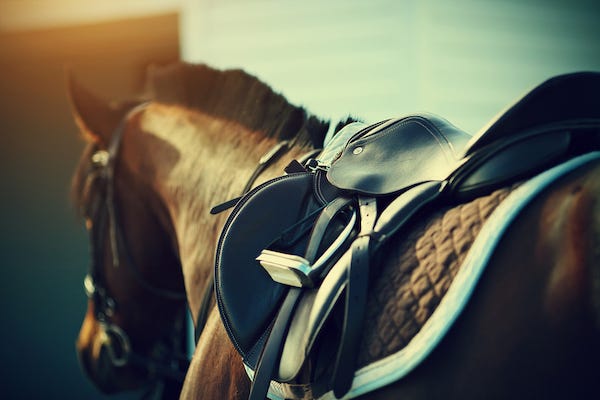 Saddle on the back of a brown horse Photo credit Getty Images/Azaliya
By Miles In The Morning, Jeff Miles, Rebekah Black, and Alex Luckey, 98.7 KLUV

See, this is a senior prank we can get behind.

A high school principal in Montana was forced to take care of twelve horses due to an outdated law in the state.

Apparently, the law states that if a student rides a horse to class, the principal is forced to take care of that horse!

So when 12 seniors showed up for the last day of school riding horses, we can only imagine the day Principal Raymond DeBruycke had!

ICYMI: Conrad High School Principal Raymond DeBruycker had his work cut out for him after 12 students rode their horses to school on Monday. https://t.co/pRNyxzyuZx

According to NBC Montana, a lot of schools in Montana had stables and hitching posts well into the 20th century, and a few still had them even into the 1960s.