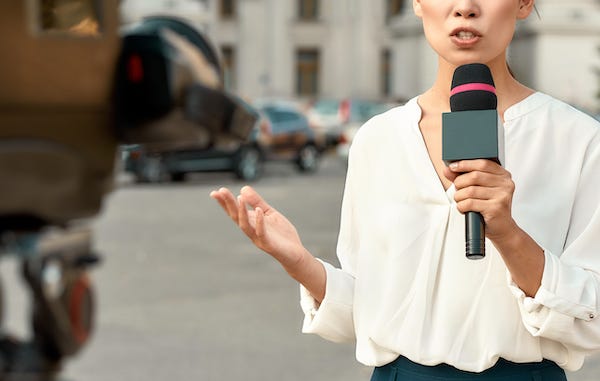 Tori Yorgey is a reporter with WSAZ-TV out of Huntington, West Virginia who has gone viral over the last couple of days following a broadcast of the evening news.

And it wasn't because of what she was reporting on. No, it was because in the middle of her report, she was hit by a car.

Yorgey was on location delivering her report when the car approached her from behind and made heavy contact, knocking her over in the process.

Still, she managed to quickly get back to her feet to finish her report, and can be heard reassuring the female driver that everything was ok, and that she had actually been hit by a car before in college!

Wow, this reporter gets hit by a car, and rebounds to finish the live shot! 😂 pic.twitter.com/dbwKt5N1xc

By the way, responding to criticism that he showed zero emotion, anchorman Tim Irr claims he could hear but NOT see the events as they were unfolding.