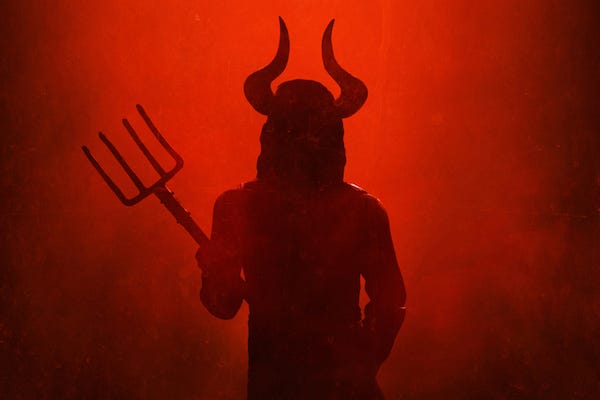 An elementary school in California has allowed the formation of a new group to its curriculum, one we’re certain will not drum up any controversy whatsoever.

Students at Golden Hills Elementary will soon be able to attend meetings of the “After School Satan Club.”

Per Fox News, the club describes itself as as "self-directed education" that aims to support "the intellectual and creative interests of students."  They are sponsored by the Satanic Temple and Reason Alliance, a non-theistic religious group which is not to be confused with the Church of Satan.

A statement on the temple’s website states “While the classes are designed to promote intellectual and emotional development in accordance with TST's tenets, no proselytization or religious instruction takes place," while, adding that it is "not interested in converting children to satanism."

Lucien Greaves, who serves as the group’s spokesman, says the group tries to "keep religious matters out of the teachings of the after-school Satan clubs.

The fact of the matter is, there’s nothing to be offended by, and we don’t want people to be unaware of who we are when we run these programs, as we think there would be a more intense backlash if we were trying to hide it.”