"While children love superheroes, I'm not so sure how they feel about intergalactic genocide" said Jimmy Kimmel on Monday night. "It's no fun to see Spider-Man die." 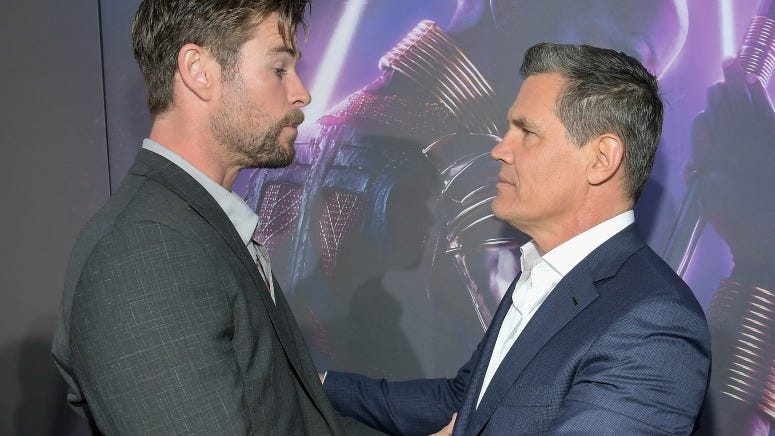 SCREENSHOTS: Can You Handle a 60-Hour Marvel Movie Marathon?

"The Infinity Stones he collected with love, and inserted each one in his gaudy gold glove" reads Cheadle. With colorful drawings and cute rhymes, the book served as a more pleasant way to remember the fatal snap, and another excuse to blame Thor. Things quickly devolved into chin jokes and cursing, but the cartoon Thanos makes the whole "losing half the universe" thing a little easier to watch.

Tickets are officially on sale for Avengers: Endgame, despite demand crashing several sites when they first went on sale last week. With the release of the film fast approaching, Marvel has also released another clip. This time it's Brie Larson as Captain Marvel leading the charge and standing unfazed by Thor.

Avengers: Endgame is in theaters on April 26th.