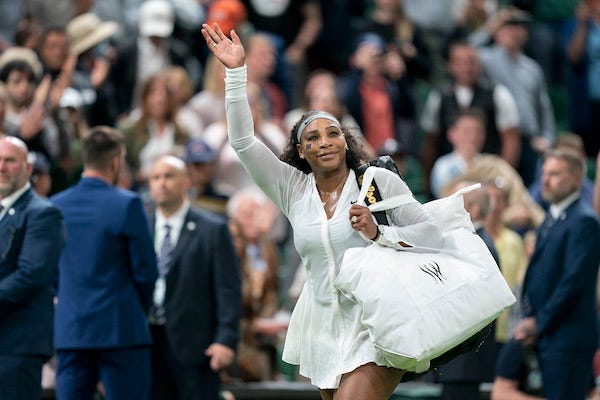 The undisputed GOAT if officially calling it a career.

Serena Williams recently announced that following next month’s US Open, she will retire from professional tennis in order to focus on the next phase of her life.

The tennis star penned an essay for Vogue announcing her decision, writing, “It's the hardest thing that I could ever imagine.  I don't want it to be over, but at the same time I'm ready for what's next.”

Williams attributed a major decision to retire to the fact that she and her husband Alexis Ohanian are planning to have another child soon.  Williams said, “If I have to choose between building my tennis résumé and building my family, I choose the latter.”

She was at the top of the Women's Tennis Association rankings for a joint-record 186 consecutive weeks, and finished as the year-end No. 1 five times.