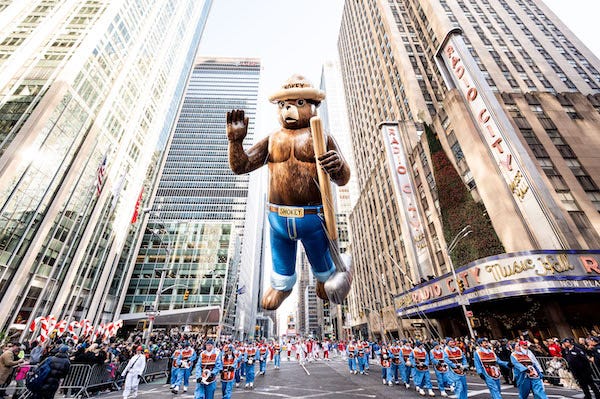 Of all the floats that paraded through New York during the Macy’s Thanksgiving Day Parade, one has caught the particular attention of some folks online, and not for any reason you would ever guess.

Apparently, a lot of people have a thing for Smokey Bear.

He’s not only preventing wildfires, but catching hearts all across the internet because a lot of people were wondering why the float of this beloved cartoon forest ranger was just so darn sexy.

WHY IS SMOKEY BEAR RIPPED ?? AND WEARING SKINNY JEANS?? 😭😂#MacysThanksgivingParade

SINCE WHEN IS SMOKEY BEAR ZADDY BAIT pic.twitter.com/dh7DSjezCc

Per The Daily Beast, Smokey Bear was first introduced in 1944 to help prevent the spread of wildfires.  In 2001, Smokey’s message was officially updated to "Only You Can Prevent Wildfires.”