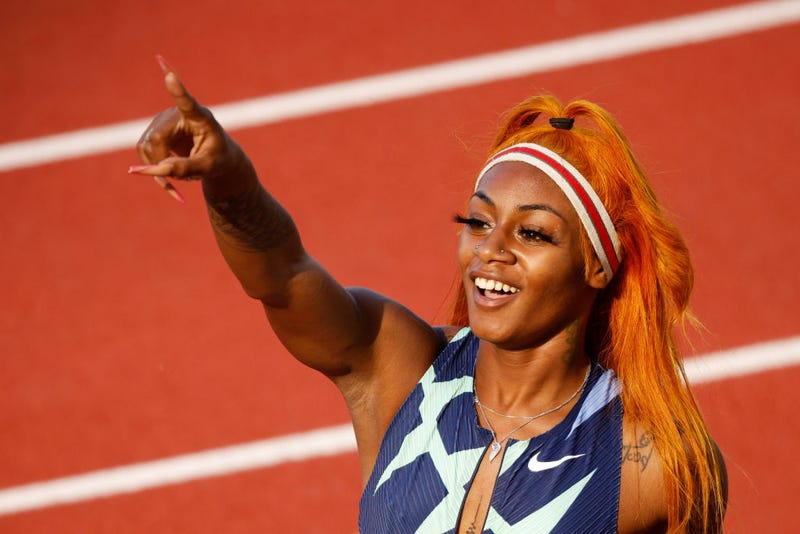 After qualifying for the Olympics earlier this year, Oak Cliff's Sha'Carri Richardson tested positive for marijuana and was subsequently removed from the Team U.S.A. roster. The 21-year-old had recently been named "America's Fastest Woman" after the trials in Oregon.

Sha'Carri explained she was coping with the loss of her mother and owned up to her actions. Nevertheless, USA Track & Field suspended the sprinter for 30 days, causing her to miss the 2020 Olympics in Tokyo.

Tuesday evening, Beats by Dre released a video featuring Richardson on the track as a snippet Kanye West's new song called "No Child Left Behind" played. So, our hometown firecracker has already bounced back via a partnership with Yeezy and Dr. Dre. Keep on keepin' on, 'Carri!

.@itskerrii doesn't need you to let her do anything.

Scored and edited by @kanyewest
Featured track is “No Child Left Behind”
DONDA is officially out in 48 hours! ⏲ pic.twitter.com/9eZN6XJM41