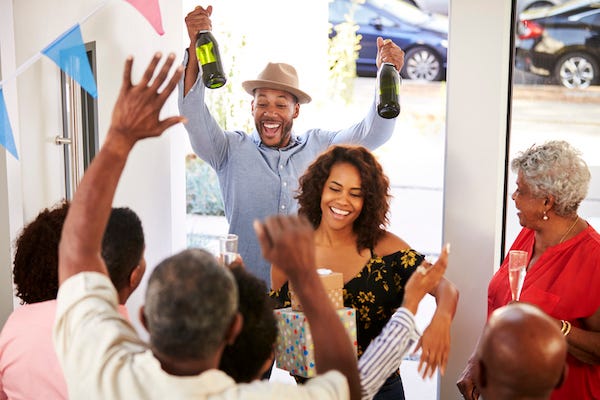 A stigma exists around being the first one to show up to a party; heaven forbid you’re on time for an event you were invited to.

Regardless, the concept of being “fashionably late” has persisted throughout however long parties have existed, but how late is the most optimally fashionable?

Joe Pinsker, a reporter from The Atlantic dove into this question, and believes he found the answer: 38 minutes.

38 minutes usually means you won't be the first one there, but will avoid coming in awkwardly after things are really rolling.  And at a dinner party, you won't be too late to pick the seat you want.

Basically, according to Pinsker, “it just works.”

1/ Behold, a mathematical formula for calculating when you should arrive at a party.

This is the most fun I’ve had with a @TheAtlantic article in a while (and possibly ever):https://t.co/ys8ife7z1e

Even further, Pinsker enlisted the help of mathematician to develop a formula to determine the perfect time to be fashionably late based on several factors, including how punctual your friends normally are, how awkward it would be to be too early or too late, and how excited you are about the party.