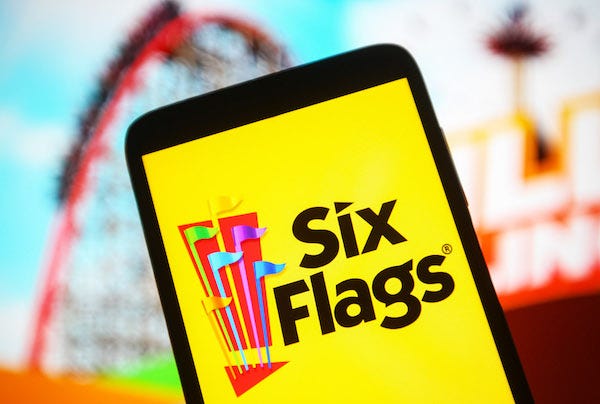 Six Flags CEO Selim Bassoul has some harsh words regarding what he believes is the current state of his amusement parks.

During an earnings call with analysts, Bassoul says his parks have now become nothing but “a cheap day care for teenagers.”

Bassoul took over the role in November, immediately implementing a new strategy to keep “rowdy” teenagers from running amok.  Bassoul said according to Fox News, “Our aggressive strategic shift is still a work in progress, but my first nine months at Six Flags as Six Flags CEO has only reinforced my initial belief in Six Flags potential.”

He believes the park’s previous philosophy of “filling our parks" was not the right one, and as a a result, "we only got the discounter or we became a day care center for teenagers,” Bassoul said during the call.

Part of Bassoul’s new strategy is to institute new pricing, which means the parks will cater to customers with families or young adults "who are willing to come and spend the money in our parks,” he says.

Bassoul also told analysts that Six Flags has expanded its advertising to pursue a broader market. In the past, they put great emphasis on focusing on previous guests.

He said, "Now, we're changing that philosophy, and we're going to a broader market. We're going to, what I call, more affluent neighborhoods where we would like to bring people from those neighborhoods to come to our park who have not been targeted before.”