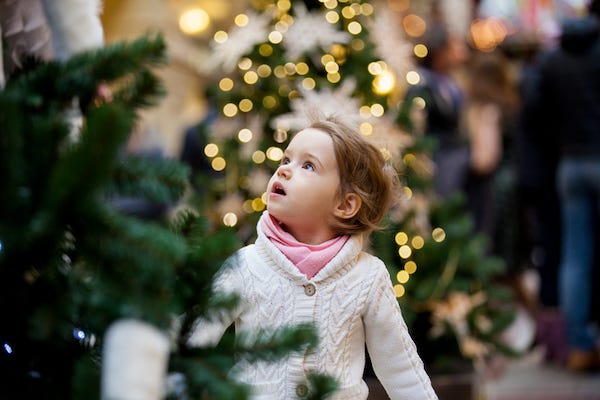 Despite the past couple of winters, snow is still a rare occurrence in Dallas, but not for visitors to the Galleria Mall!

Beginning on Black Friday, snow will fall from the sky of the Galleria every single day all the way through Christmas Eve!

And don’t worry, it’s not due to a faulty roof or anything.  The shopping center actually hired the same company that makes snow at Disneyland in Los Angeles and creates outdoor scenes for news crews from Fox Sports and the Today show to create snowflakes for shoppers.

The snow was authentic enough to make Chicago native Simone Hancock, 38, jump up and down.

Hancock, who now lives in Frisco, said, “It’s snowing in Chicago and I was just talking with the aunt there telling her I was missing the snow and to walk out here and see it snow, it’s putting me in the holiday spirit.  Now I want to buy gifts.”

Galleria Dallas general manager Angie Freed said the company’s winter holidays marketing budget, which is in the high six figures, is necessary to generate the shopping backdrop retail tenants and shoppers have come to expect from the Galleria.

“We hear all the time from shoppers that they felt the holiday spirit when they enter the Galleria,” she said.