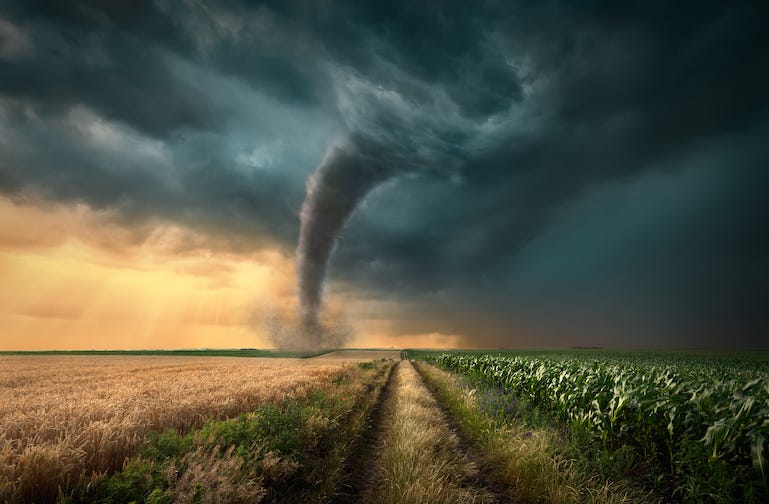 Raya Maday and Tom Bedard are a who both work for AccuWeather as storm chasers.

Recently, they drove from their home in Kansas to Colorado to witness "their first tornado together." And when the tornado touched down on the ground, Tom followed suit by dropping to one knee and proposing marriage.

Bedard and Maday first met meteorology conference in New Orleans in 2016 according to the NY Post, where they quickly bonded over their mutual love of weather.

Maday said, "We’ve always been pretty heavily connected in the weather community. Even from the day we met."

Of course, Bedard was nervous knowing he was about to ask Maday to marry him while the pair was watching the twister. He said, "My mind was a mess in a rush of adrenaline just hoping that I could remember the speech that I had practiced and deliver it perfectly for her."

Maday remembered the occasion saying, "I was thinking ‘What a beautiful storm structure!’ just as the tornado dropped to the ground. Then I turned to my right to see that Tom’s left knee is also touching the ground. It was a moment that I don’t think I will ever forget."

The couple hasn't started planning their wedding yet, but they think they have a general idea of where the location will be: Tornado Alley, an area prone to tornados in the Midwest and Southwest region.

"More than likely, we’re probably going to see another tornado when we get married," Bedard said.