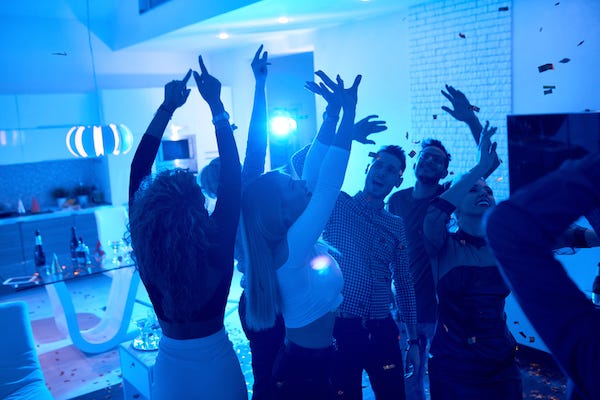 Dear teens, we have some words of advice for you:  First of all, don’t do anything illegal.  That’s stupid and wrong.

However, if you do do something illegal, ALWAYS make sure to post your illegal thing on social media because we are always looking for someone to Fire from America.

Police in Walton County, Florida are looking for any individuals who were involved in a MASSIVE party this past weekend.

A large group of teens broke into an $8 million home for the party, turned the foyer into a boxing ring, damaged the home itself, and even stole some items during the event.

The Walton County Sheriff's Office said in a release per WEAR-TV, "Apart from the damage caused and the items stolen, it's a complete violation of someone's home that you can't put a price on.”

“The feeling when you know someone went into your closet, tried on your clothes, and used your bathroom doesn't have a dollar amount attached to it. Especially in a place where you're supposed to feel safe."

And of course, they decided to post all about it on social media.

The homeowners were not aware a party was being thrown at their home.

When officers arrived at the scene, however, most of the people at the party left

"Since then, videos are circulating on Snapchat, Instagram, and other social media platforms with some of the highlights," the release stated. "Including where some of the people attending turn the foyer of the $8 million home into a boxing ring.

Photos and videos of the party can be viewed on the Walton County Sheriff's Office Facebook.

The sheriff's office is asking anyone with information to come forward.

The release states, "If you were there, know someone who was there, were invited, knows who circulated the flyer for the party (yes, we know about that too) you are asked to come forward.”

“DO YOURSELF A FAVOR and let us know. Come clean and give us the information we need to hold those responsible."