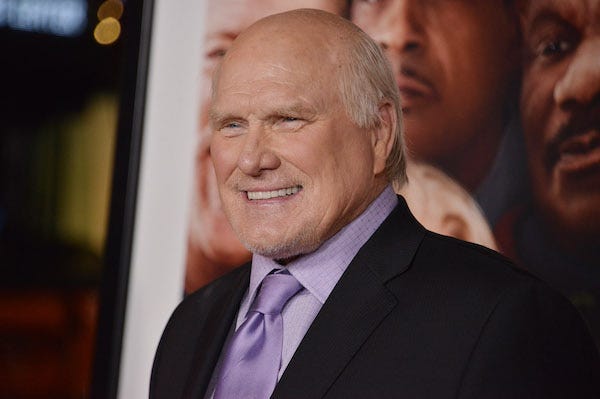 Terry Bradshaw, an NFL Hall of Famer and current television analyst revealed this past Sunday on FOX NFL Sunday that over the past year, he’s secretly fought two bouts of cancer.

Bradshaw explained that thankfully, he is now cancer-free after being diagnosed with bladder cancer last November and then with skin cancer in March.

Bradshaw said during FOX’s NFL pregame show, “Folks, I may not look like my old self, but I feel like my old self. I’m cancer free, I’m feeling great, and over time I’m going to be back to where I normally am. So I appreciate your prayers and your concern.”

During today's show, Terry Bradshaw shared that he has been battling cancer over the past year. As of today, he is cancer free, and he discussed his fight and plan for the future: pic.twitter.com/RSwVxlXC97

Bradshaw did everything to hold back his emotion when co-host Michael Strahan praised him as being the “ultimate teammate.”

Strahan said, “TB, everybody here, we know what you’ve been going through. You are the ultimate teammate, and you know we love you, and you hold this show together.