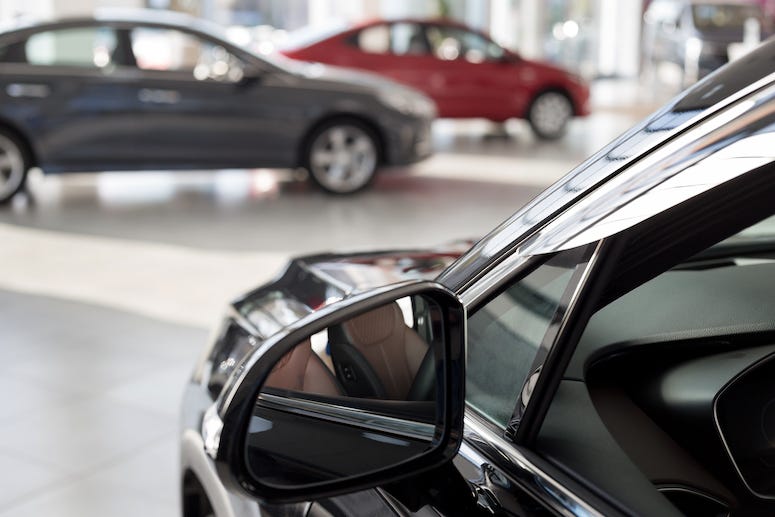 Everything is bigger in Texas, and apparently that does not exclude the stupidity of criminals.

A couple of years ago, Eric Dion Warren of Wolfforth, Texas was in the process of purchasing a new BMW when he asked to take the car on one final test drive. He drove the vehicle to a nearby bank, where he approached one of the tellers with a note inside a fast food bag that read: "This is a f—— robbery. Play with me and die. I want $10,000 in 50 and 100 dollar bills now you got 1 minute or I will kill you."

The teller gave Warren what she could from her drawer, which included stacks of $20 bills with recorded serial numbers. And then Warren immediately drove BACK to the dealership, where he attempted to pay the $3,000 down payment on the BMW with the stolen cash!

Unfortunately for Warren, the bank called the dealership to tip them off about the recent robbery, and that one of their vehicles was involved with the crime. The staff at the dealership was able to keep Warren on the premises until the police could arrive.

After police arrived, Warren was arrested, and he was found to have $5,000 with him, with the serial numbers matching those stolen from the bank, along with a painted pellet gun resembling a real handgun.

This week, Warren pled guilty to bank robbery and was sentenced to 20 years in prison.