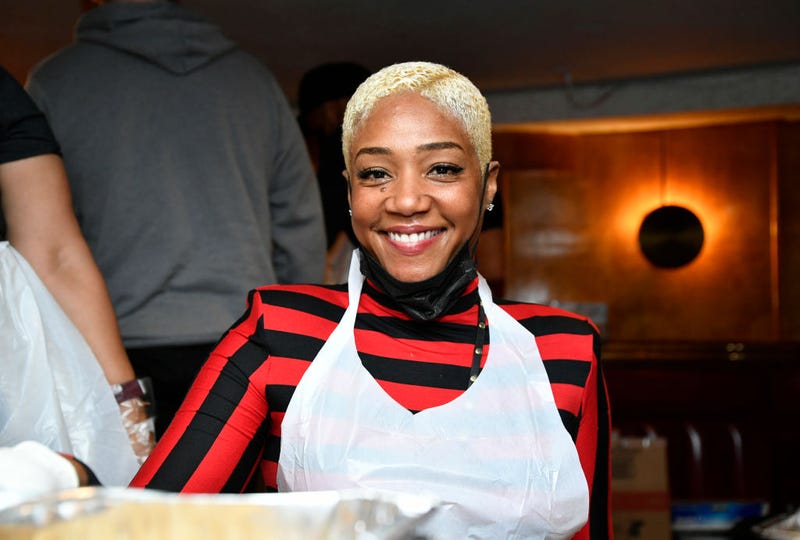 It had only been 10 days since comedienne Tiffany Haddish was arrested for suspicion of Driving Under the Influence in Georgia. Monday night, she addressed the issue for the first time during an appearance on The Tonight Show.

Jimmy Fallon welcomed her to the show via video call and noted that her interview had been booked for weeks in advance. He mentioned that she could have canceled if she wasn't feeling up to it, but Haddish soldiered on saying, "I'm a professional."

Acknowledging the elephant in the room as soon as the actress was seated, Fallon delicately asked her if she wanted to talk about the issue. Confronting it head-on, the Black Unicorn easily lightened the mood with a funny retort. Haddish said, "I asked God to send me a man... and he sent me four. In uniforms." This is why I love her.