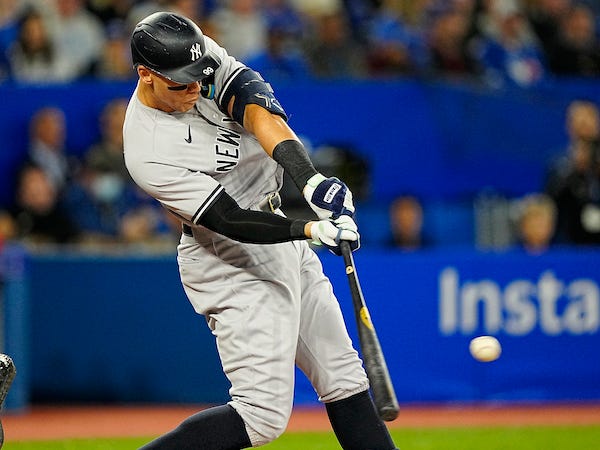 The Yankees come into town this week to face the Rangers in a three-game series, and star Aaron Judge is sitting at 61 home runs, which is tied for the most ever hit by an American League batter in a season.

And for fans who want to witness history live, they will have to pay a pretty penny to do so.

Though the Ranger’s record sits at 66-92, tickets for Monday’s game in left field, where Judge hits the majority of his home runs, are going for as high as $795, per WFAA.

Tickets in right field are selling on the secondhand market for about $150.

Yes, the Rangers are 66-92. But ticket prices are soaring with the Yankees in town. https://t.co/B1liEMkLCw

If not Monday night, Judge has two more opportunities to blast #62, and we’re sure the prices will be even HIGHER for those games.