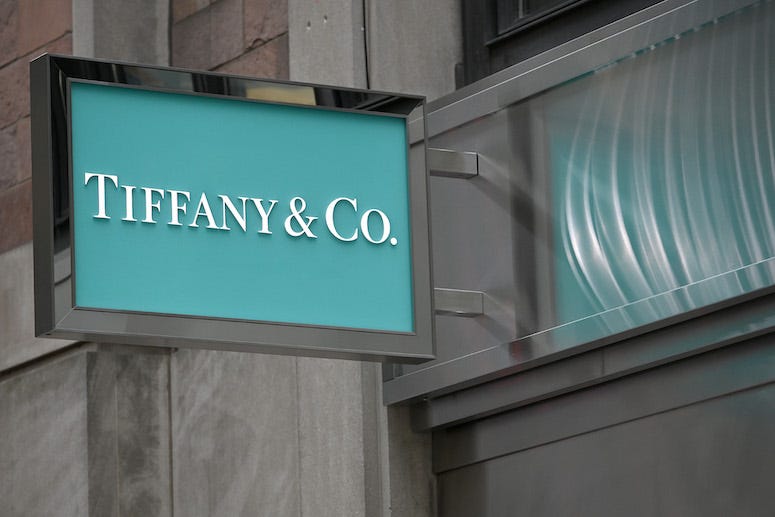 It started out as an April Fool's joke.

Tiffany & Co. shocked fans earlier this year by "announcing" their iconic blue color was no more, and that their new "house color" would be yellow.

Well, this is a joke no more, as Tiffany & Co. might be considering a permanent change from their iconic Tiffany Blue to the new Tiffany Yellow.

One April Fool's Day joke that went over much better (i.e., hasn't resulted in litigation) ... pic.twitter.com/5dcNYn6M2x

Followed up a day later with this ... pic.twitter.com/jLnAf8yr4f

Turns out Tiffany yellow was not *just* an April Fool's joke ... pic.twitter.com/gxl5UVDy4p

The company announced that Tiffany pop up stores around the globe will bear the yellow color.

These potential changes come on the heels of new ownership from LVMH Moët Hennessy Louis Vuitton, per WWD.

The company has stated that it wants to "spend the next few years overhauling the jeweler from what was a more corporate American enterprise to a cutting-edge global player in luxury and fashion."