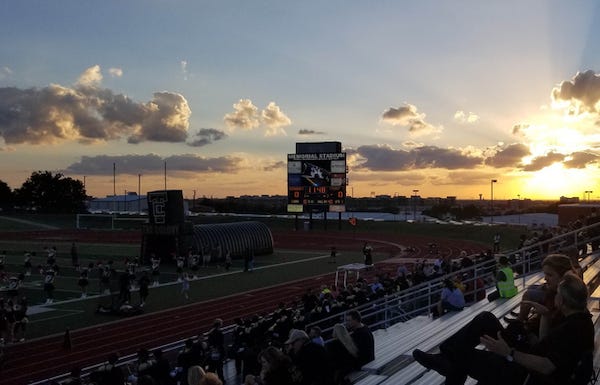 There are a few lessons that need to be learned for anyone who grew up outside thew great state of Texas.

Probably the most paramount is “There is nothing that gets in between a town and its Friday Night Lights.”

Back in 2014, the town of Decatur, about 66 miles Northwest of Dallas, once completely rescheduled Halloween because it interfered with a high school football game.

Per USA Today, the Decatur City Council voted to move Halloween up a day, to October 30, as October 31 was actually senior night for the Decatur High Eagles.

Police Chief Rex Hoskins actually suggested the change, as he said a third of his force will be needed at the game.

He also said that a lot of younger kids will be at the game anyway, instead of trick-or-treating.

Decatur went on to beat Gainesville that night 29-25.