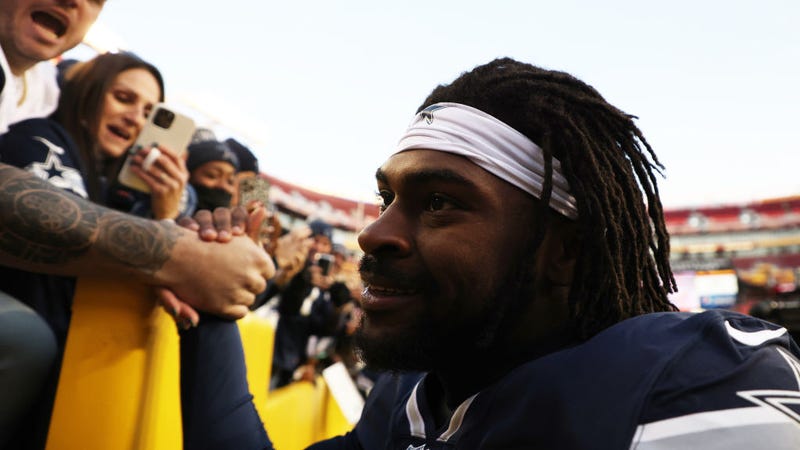 Last season of HBO's Hard Knocks, we were introduced to Trevon Diggs' son Aaiden. He made a lot of scenes with his adorable antics and ended up stealing the show. He's still supporting his dad during Dallas Cowboys training camp.

On Tuesday, Diggs chatted with the media during a press conference, and he brought his sidekick along with him to the podium. Aaiden ended up answering a few questions about how he loves spending time with his dad and that the Cowboys are his favorite team.

“It’s about sharing these moments with him”

At one point, the younger Diggs said he wanted the Cowboys to "win the Super Bowl today" and then he thanked God, Jesus, and his family. Too cute!

Young Aaiden has become such a popular little character amongst fans that he actually signed autographs with his dad after practice.