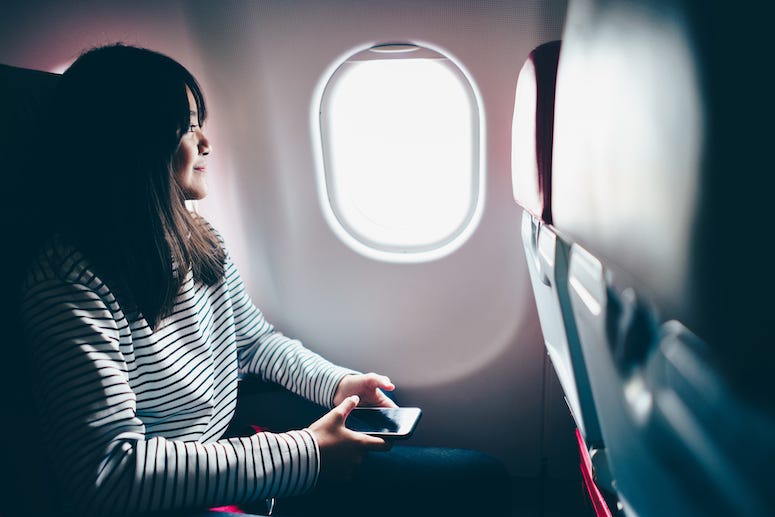 With Thanksgiving and Christmas right around the corner, no doubt you've probably already started getting your travel affairs in order. And what better perk is there for the traveler than a row on a plane all to yourself?

Travel guru Chelsea Dickenson of Cheap Holiday Expert shared some of HER best tips and travel hacks on TikTok to ensure that, among other things, you get your own row on a plane without spending a single additional cent.

First, she recommends couples book their seats apart from each other in an empty row, with one person in a window seat and the other in the aisle seat. Dickenson contends that strangers will likely look elsewhere to avoid having to sit in the middle seat.

She also recommends booking seats near the back of the plane where people are less inclined to purchase seats, and seats in Row 13, which many superstitious people consider unlucky.

This travel hack reveals how to get a 'whole row to yourself' on flights https://t.co/lrUyvKE3Jh pic.twitter.com/TZZAK78LZp

Dickenson explained her hacks per the NY Post saying "I've used the hack around 10 times and would say I have a 60% success rate. I’ve heard from many followers too that it’s worked for them – the main failure comes from a full flight and unfortunately, there aren’t any hacks that are gonna get you a free seat in that case."