Elton John and the man who portrays him in his upcoming biopic shared the same stage for the ultimate duet. Elton and actor Taron Egerton surprised fans at a party at the Cannes Film Festival with a version of “Rocket Man.”

“I’m going to introduce the incredible Taron Egerton,” Elton announced to applause. The spirited duet lasted for less than two minutes, but illustrated what all the fuss is about over the actual singing Egerton does in Rocketman. Elton has had nothing but praise for the actor.

“It was so important that the music I composed and recorded had to be sung by Taron,” John said. “I wanted his interpretation of me, through Bernie’s lyrics & my music – not just acting.” 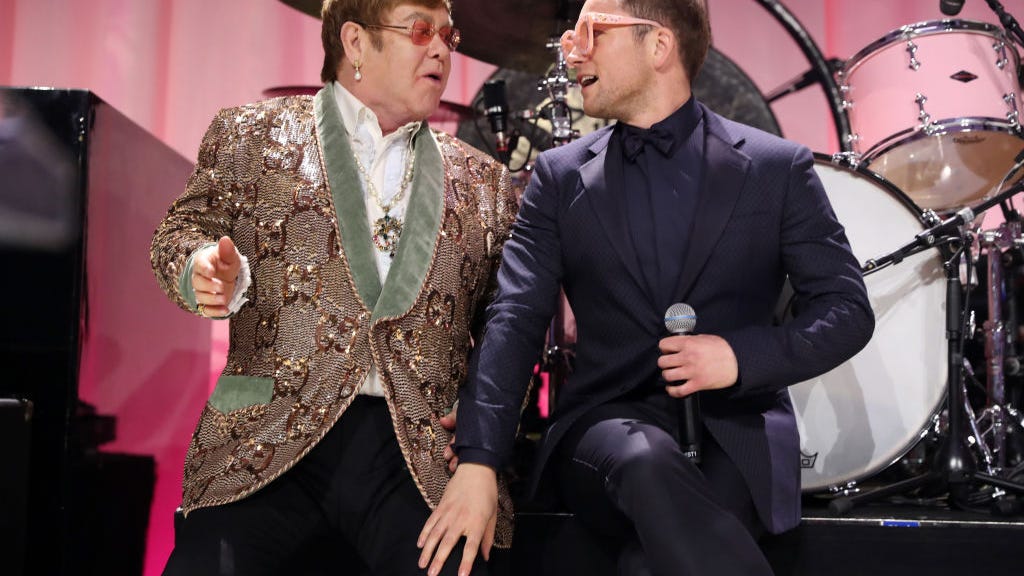 Rocketman is described as a musical fantasy as much as a biopic, but the movie does not gloss over the addictions Elton battled earlier in his career. Now sober for decades, he told Variety that the desire for perfection that drives many artists is what partially contributed to his battle with demons.

“I think you become unreasonable and of course the chemical substances and the alcohol doesn’t help anything, and you lose touch with reality,” Elton said. “The life I was leading - flying on the Starship, living in beautiful houses, buying things left, right and center — it was not a normal life,” he said.